This deal is surely going to make the apple fan boys drool. Get a flat discount of 25% on the Apple iPad with Retina Display! You get to save Rs. 9901. The tablet is lightweight weighing just about 662 grams. It has all the features that you are looking for. This power packed tablet has a stunning retina display of 9.7″ with a full HD screen resolution of 2048 x 1536 pixels. The primary camera is of 5 MP and has the ability to click beautiful stills with its many features. The camera is feature packed with autodetect, auto focus, backside illumination, five-element lens and hybrid IR filter. For efficient video recording the camera tap to focus video , tap to control exposure for video or still images, photo and video geotagging and HD video recording. It also a secondary camera of 1.2 MP to make good quality video calls. Buy iPad with inexhaustible features on Amazon at the best price.

How to buy Apple iPad with Retina Display: 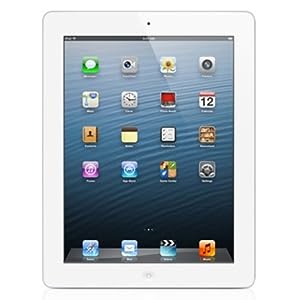 iPad is a line of tablet computers designed and marketed by Apple Inc., which runs Apple’s iOS. The first iPad was released on April 3, 2010; the most recent iPad models, the iPad Air and second generation iPad Mini, were revealed on October 22, 2013 and went on sale November 1, 2013, and November 12, 2013, respectively. The user interface is built around the device’s multi-touch screen, including a virtual keyboard. The iPad has built-in Wi-Fi and, on some models, cellular connectivity.