Assassins Creed IV Black Flag is a historical action adventure game st in the year 1715. This is the sixth in series of Assassin’s Creed Game. The game play depicts the notorious pirates who ruled the Caribbean lands and seas. The player plays and unfolds the story as the main protagonist Edward Kenway. He is a fearless captain who has an excellent command over his sword. The protagonist plays a brash rebel assassin who plunges into this era and saves the world as the game develops. The game for the first time features 50 locations to explore. All the locations have high graphics and look real. The game has received a lot of positive reviews worldwide. Get this game for PS4 from Flipkart with an option to get it delivered in a day with premium delivery. 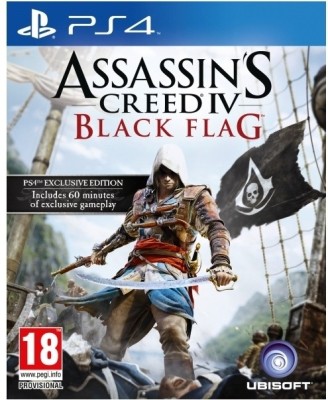